I am mathematician Alexander Dmitrievich Bruno (Briuno/Brjuno/Bryuno) (Russian: Брюно Александр Дмитриевич) and made substantial contributions to:

1. Nonlinear Analysis. (a) Equations with a linear part: for systems of ordinary differential equations (ODE), I completed the theory of normal forms, began by Poincaré (1879) and Dulac (1912) for general systems and began by Birkhoff (1929) for Hamiltonian systems. (b) Equations without linear part: I proposed to study properties of solutions to equations (algebraic, ordinary differential (ODE) and partial differential) by studying sets of vectorial power exponents of terms of these equations. Namely to select more simple (“truncated”) equations by means of generalization to polyhedral the Newton (1678) and Hadamard (1893) polygons. By means of power transformations, proposed by me, the truncated equations can be strongly simplified and often solved. Solutions of the truncated equations are asymptotically the first approximations of the solutions to the full equations. Continuing that process, we can obtain approximations of any precision to solutions of initial equations. Basing on the developed Nonlinear Analysis, I proposed algorithms for solutions of a wide set of singular problems. In particular, for computation of six different types of asymptotic expansions of solutions to ODE, including expansions into trans-series.

2. Applications. (a) In Mathematics: together with my students I found all asymptotic expansions of five types of solutions to the Painlevé equations (1906) and also gave very effective method of determination of integrability of ODE system. (b) In Mechanics: I computed with high precision influence of small mutation oscillations on velocity of precession of a gyroscope and also studied values of parameters of a centrifuge, ensuring stability of its rotation. (c) In Celestial Mechanics: together with my students I studied periodic solutions of the Beletsky equation (1956), describing motion of satellite around its mass center, moving along an elliptic orbit. I found new families of periodic solutions, which are important for passive orientation of the satellite, including cases with big values of the eccentricity of the orbit, inducing a singularity. Besides, simultaneously with Hénon (1997), I found all regular and singular generating families of periodic solutions of the restricted three-body problem and studied bifurcations of generated families. It allowed to explain some singularities of motions of small bodies of the Solar System. In particular, I found orbits of periodic flies round planets with close approach to Earth. (d) In Hydromechanics: I studied small surface waves on a water and a boundary layer on a needle, where equations of a flow have a singularity.

3. Number Theory. (a) In a situation of small divisors, I proposed new condition on eigenvalues of an ODE system, ensuring convergence of the normalizing transformation. It was called as “Bruno condition”, and it is better than the Siegel’s condition (1941). In one-dimensional case, the Bruno condition can be expressed via the continued fraction. Numbers, satisfying to that one-dimensional condition, were called as the “Brjuno Numbers”. There were conferences and courses of lectures devoted to them. (b) In 1775 Euler began a search of a multidimensional generalization of the continued fraction. Almost all large mathematicians of XIX century tried to find such generalization. But in contrast to the usual continued fraction, all proposed generalizations either did not give the best Diophantine approximations either did not allow to compute units of number rings or given neither the first neither the second (as the Poincaré algorithm (1884)). I have found a such generalization, which gives both these things. (c) I applied the Number Theory for solving problems of Mechanics and Celestial Mechanics. 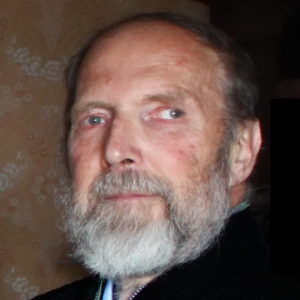